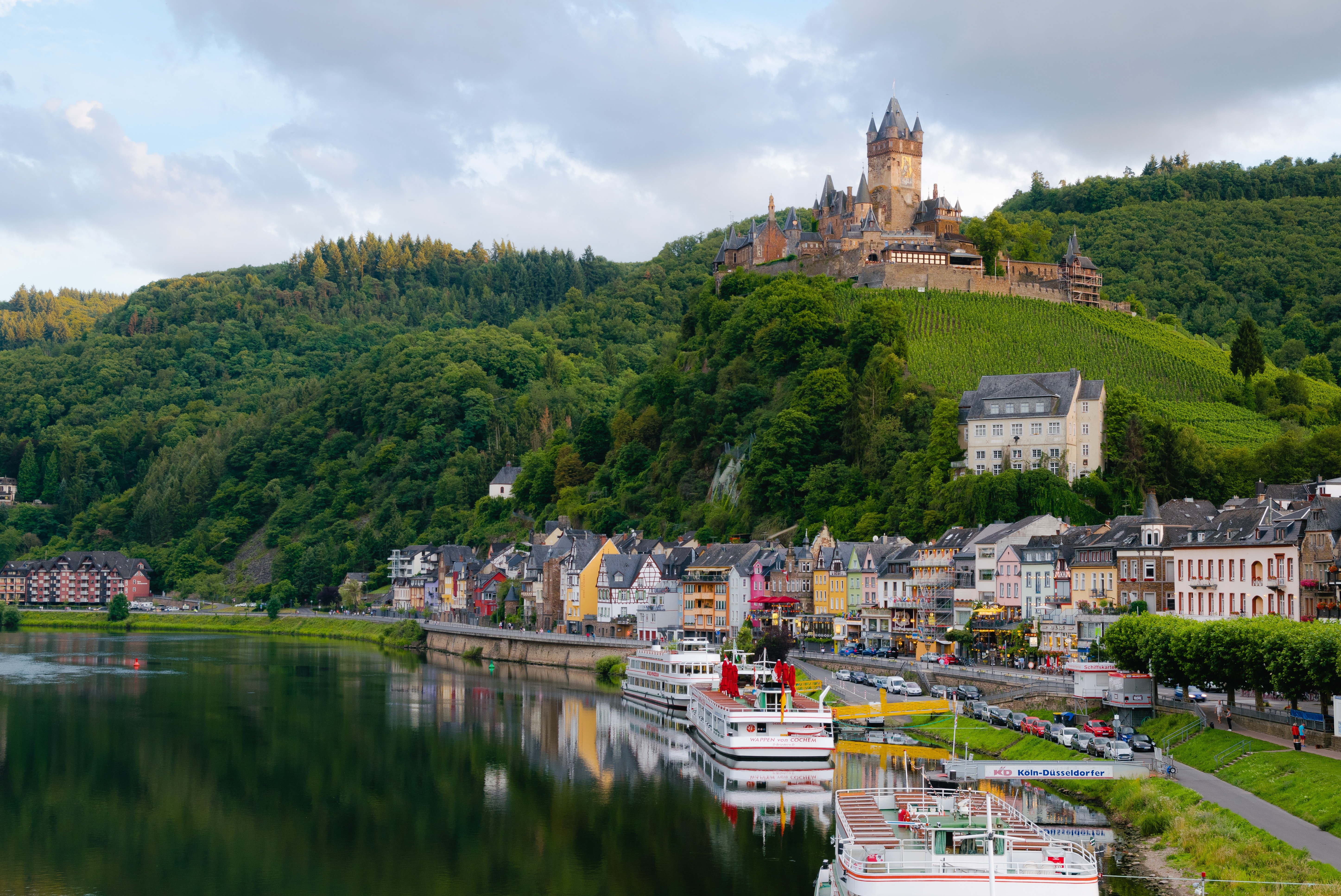 Photo: View of Europe from a river cruise

On Sweden’s southwest coast, this tiny port town on so-called “herring island” is home to the country’s first floating hotel. Salt & Sill is a sleekly designed affair built on two pontoons with rooms styled as boat cabins. But it’s the restaurant which first garnered fame, drawing attention for its fresh herring boards and proximity to the ocean. Work off your meal by diving straight off the hotel’s dock into the North Sea or relax in the adjacent sauna and jacuzzi boat.

Navigate an electric-powered floating vessel around the docks of West India Quay while hosting your own barbecue aboard Skuna Boats. The company, which launched in 2017 with their floating hot tubs, recently added BBQ boats to their fleet, which proved an instant hit. They’re big enough for eight to 10 friends and provide all the necessary gear for grilling, apart from the food and drink. The founder also runs Barge East, a stunning small-plate restaurant aboard a 115-year-old Dutch Barge in Hackney Wick.

It’s hard to avoid the tourist traps and find an authentic meal in Venice, which is why it’s worth booking ahead to experience Lineadombra. The main restaurant is housed inside a converted salt warehouse, but ask your boat driver to drop you directly at the al fresco terrazzo, raised over the Giudecca Canal on wooden stilts and protected from the sun by white canopies. Enjoy classic Veneitian dishes and the catch of the day.

A péniche means barge in French, but in Paris, it more often refers to one of the many docked boats along the Seine offering evening festivities, live music and drinks. Rosa Bonheur sur Seine is one such péniche, a floating iteration of its already famed Buttes-Chaumont original – popular on summer evenings. Housed in a 19th-century inspired glass restaurant and dance hall by the Pont Alexandre III, order pizza from the wood-fired oven and then hit the dance floor – a popular after-hours destination. 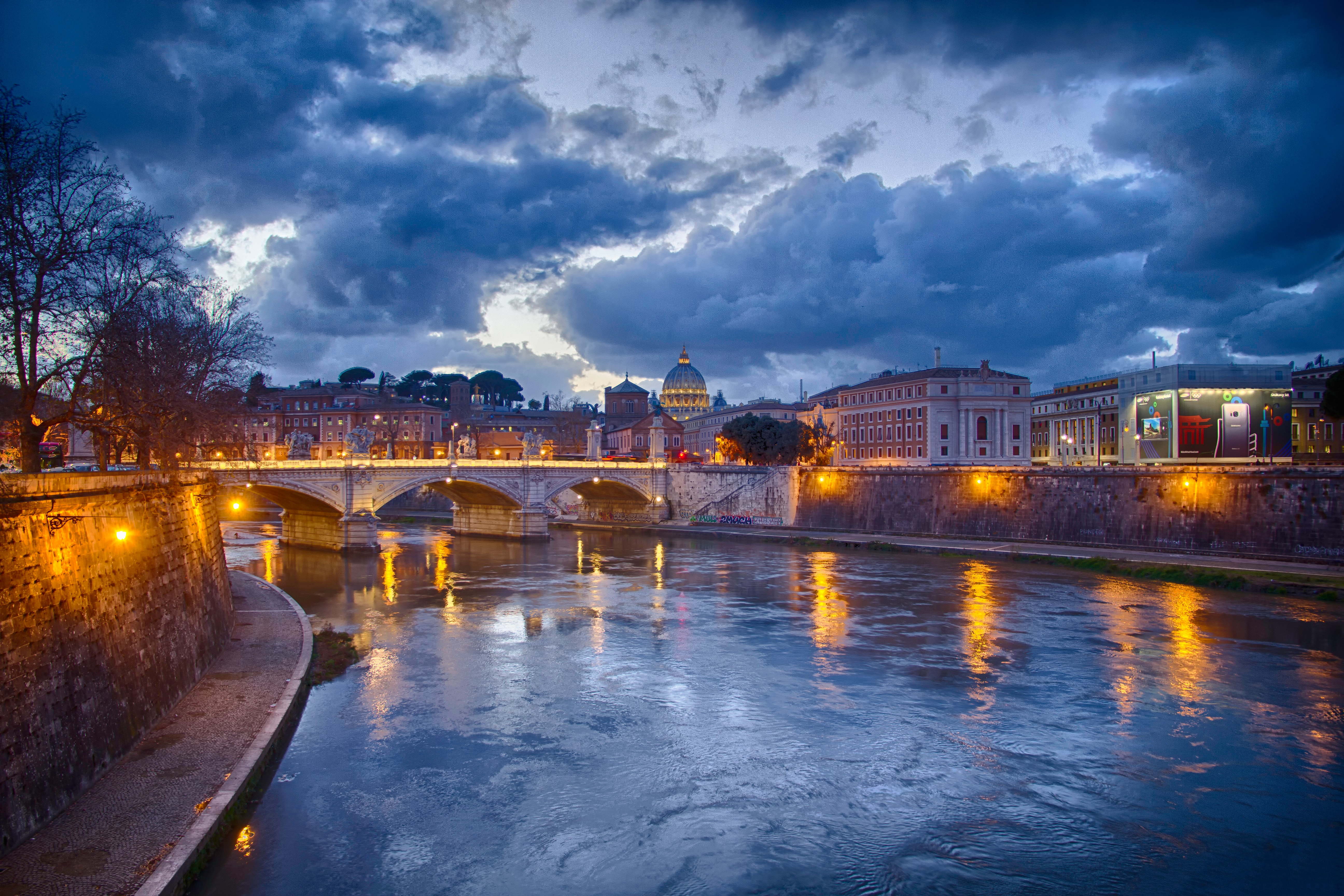 Photo: Europe from the view of a river cruise

A houseboat restaurant in the city’s South Harbor, Vandvid was built by its three owners, who crafted everything, from the wooden tables to the boat, by hand. The organic ingredients are sourced from the on-board vegetable garden or from producers on the small Danish island of Glænø. They are also supporters of local urban farming initiatives. In the summer, eat up on the deck and then enjoy a swim in the clean water of Copenhagen harbor. They also sell their handmade ceramics.

G’s has long been a favorite brunch spot, beloved for its dedication to the Bloody Mary with over 12 options on the menu. But they also take to the water every weekend with G’s Brunch Boat, the self-proclaimed “only brunch boat in the world.” With a retractable roof and heaters, they’re set up for all seasons. The experience includes nearly two hours of sailing with no fixed route, a drink – Bloody Marys, of course – and a choice of brunch.

A retired industrial vessel from the 1930s, The Grain Barge is now permanently moored in the city center with views of the impressive SS Great Britain across the busy waterway. It was reimagined as a classic British pub with a range of local craft beers and a line-up of live music and comedy from its hold bar. The best seats in the house are up top, though, watching the water taxis chug past or the occasional brave paddleboarder. While the food is standard pub fare, it’s about the experience of enjoying this hub of local British life.

A former supply ship has been transformed into a 23-cabin boutique hotel in the culinary hotspot of Leith in Edinburgh – and comes with its own highly rated restaurant, The Lighthouse Bar. With Art Deco interiors, it’s luxurious without being grandiose – though it's already had the royal seal of approval with a dinner visit from the Queen. The floor-to-ceiling windows look out over the water, and with all-day-dining from breakfast to post- dinner cocktails, you can take your time watching the light change over Leith’s working docks.